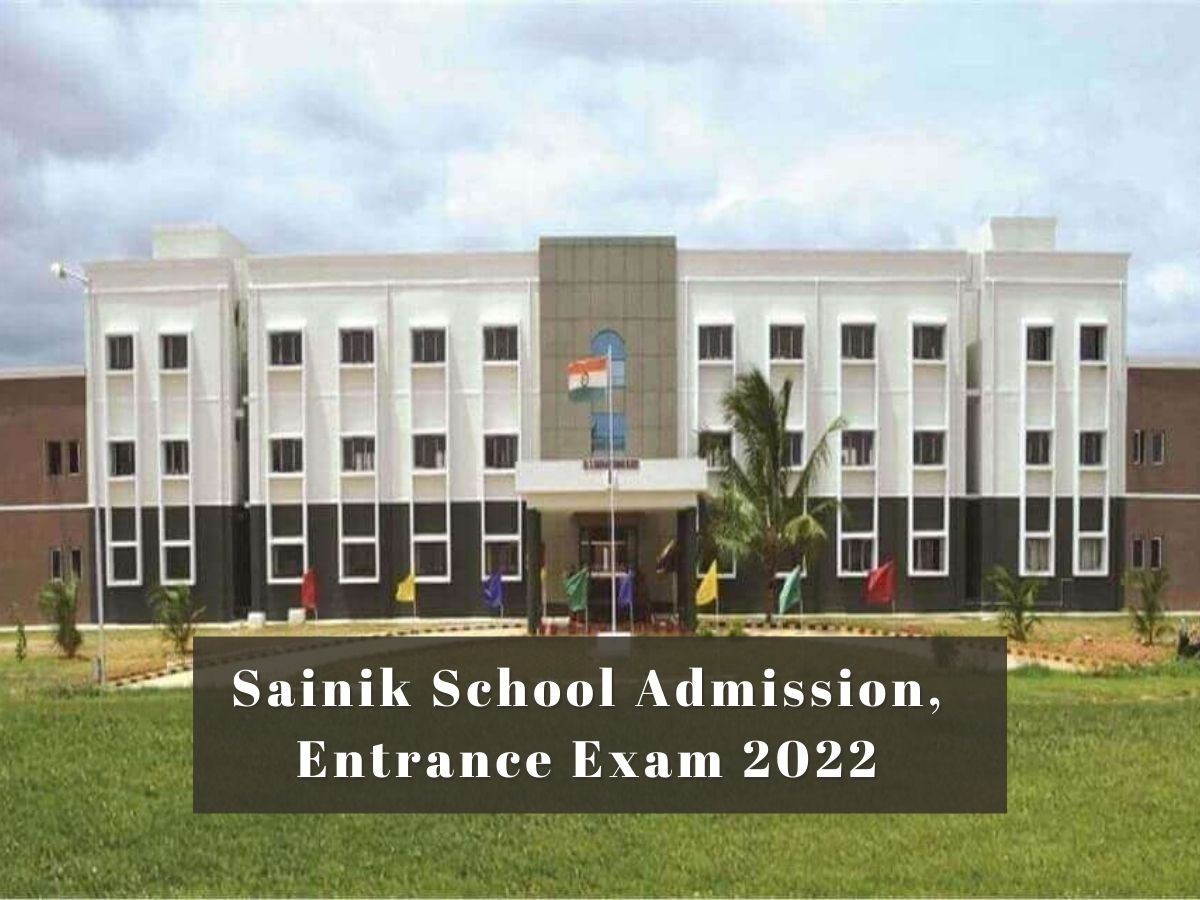 The Ministry of Defence’s Sainik School Society founded and manages the Sainik School system. The main goal of the Sainik Schools is to make defence school education more accessible to the general public. It prepares students to serve as officers in defence forces of our country.

In the country, there are approximately 31 Sainik Schools. Extracurricular activities are heavily emphasized in classrooms in order to shape students’ entire character. They believe that students should be developed holistically in order to become good and productive citizens. If you want Sainik School coaching then please contact us.

Eligibility for Admission to Sainik School

Before submitting an online application, students must meet the Sainik School admission requirements for 2022. According to the official announcement, the following are the eligibility requirements.

Eligibility for Class 6 admission to Sainik School in 2022

Eligibility for Class 9 admission to Sainik School in 2022

Subjects covered in AISSEE, marks distribution, test duration, total marks, and more are included in the Sainik School exam pattern 2022. The class 6 test will consist of 125 questions from Mathematics, General Knowledge, Language, and Intelligence, and will be worth a total of 300 points. One of the most important things a student should know before taking an exam is the exam pattern. Here we can see the pattern.

For Sainik school 2022 admission, there will be a reservation scheme for certain categories. These reservation rules will be used to make the final decision.

The Sainik school fees for new admission are approximately Rs. 1,39,296 for general candidates and Rs. 1,37,796 for SC/ST candidates. It can be paid in advance or through two half-yearly installments in April and October. The fees structure is revised every year.

What can I do to help my child prepare for the Sainik School entrance exam?

Take appropriate rests in between and pay attention to each subject. QUESTIONS ASKED IN THE PAST: A useful trick is to look over past year’s questions and exam patterns to get a sense of how the AISSEE exam is run. The documents are easily accessible over the internet. Just skim over them to get a feel for the exam.

How many papers are there in Sainik school?

Paper I and Paper II are the two papers that will make up the entrance test. Paper I will be held in the first day’s first half, with a 100-point math knowledge test and a 100-point language ability test.

If you want admission to the top boarding schools of India, want home tuitions, RIMC/RMS preparation, fill this form now and get a callback soon.

Learning Mathematics has never been easier. As you all know, at TrueMaths we teach students from class 6 - 12 in the subject of Maths. Our mission is to strengthen the weak fundamentals of students in order to get them rid of the fear of Maths. TrueMaths is the best on-line maths learning medium for students on a regular basis. What makes TrueMaths better – we understand a student’s psychology as their Teachers/Mentors. We are professional, supportive and friendly. Our methodology is scientifically proved and focuses on understanding of concepts. We offer a 3-Tier On-line Assessments and Tests, Free Video Courses and Guaranteed Improvement.
Every child has vivid approach to solve a certain query and as a teacher it is best to evaluate to their approach of dealing with the problem instead of dominating them to solve their query in their style. It is always quite easy to learn through games and activities. We try to engage students in such activities and fabricate the school maths and english curriculum in an easy to understand and more interesting way. This would also help them have a better visualisation and grasp of verbal and non-verbal reasoning.
Our aim is to help students have a distinct and well-defined character. This is done to help them crack admission in various International Boarding Schools such as The Doon School, Dehradun and Woodstock School, Mussoorie. We also aim to help students have a definitive persona and make them commendable young men and woman of aura.