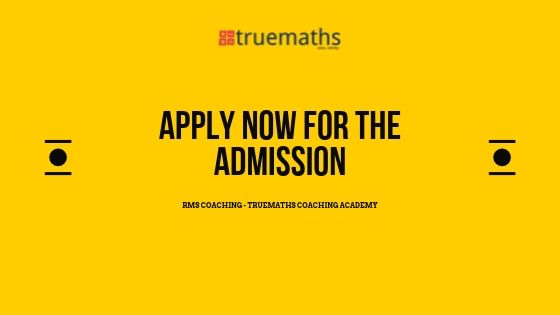 Applications are invited for admission in all  Rashtriya Military School for the RMS Admission Notification (2021-22)Entrance Examination. which will be held on 22nd December 2019 is commenced.

ALL APPLICATIONS WILL BE ROUTED THROUGH RASHTRIYA MILITARY SCHOOL ONLY. Last date of submission of completely filled application form is 20 Oct 19. Fees once paid cannot be refunded at any circumstances.

1. Parents/candidates should exercise due care while filling up the application form. If on verification or otherwise at any subsequent stage incorrect entries or some variations are found the form should be rejected.

2. Verification of eligibility conditions with reference to original document will be done during admission.

3. Candidates should also note that once a Date of Birth and Category has been claimed by them and entered in the records of the form for the purpose of admission, no change will be allowed subsequently on any ground whatsoever.

Age limit for taking admission in RMS as on March 2020 are as follows:

Admit Cards, Interview and Results-  Candidates who clear the Common Entrance Test and are figuring in the merit list will be required to appear for Interview at respective Rashtriya Military Schools. Final merit list will be prepared after the Interview. Admit Cards and results will be hosted on the School website www.rashtriyamilitaryschools.in on internet and can be downloaded. 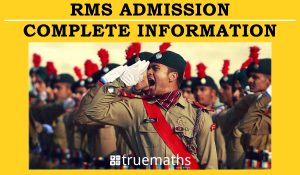