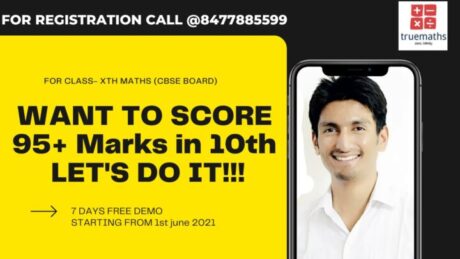 According to the definition given in the NCERT book, “An Arithmetic Progression is a list of numbers in which each term is obtained by adding a fixed number to the preceding term except the first term. This fixed number is called the common difference of the AP. And it can be positive, negative or zero”.

There are some examples for better understanding:

In all of the above examples, the common difference is constant.

Truemaths has all NCERT video Solutions for Class 10 Maths Chapter 5 Arithmetic Progressions. In these video lectures, we have explained every detail about this chapter and the terms related to these chapters. We have also recorded NCERT Maths exercise questions for chapter 5. Visit Truemaths to get all the video solutions.

You can also download Truemaths APP to get all NCERT Maths video solutions for class 10.

What is Arithmetic Progression or AP?

In Mathematics, a series is called an Arithmetic progression or Arithmetic sequence if all the numbers in a series are placed in such a way that the difference between the consecutive terms is equal or constant. Here difference (also known as common difference “d”) means second term minus 1st term.

Additionally outlining an Arithmetic Progression (AP) as a series which is increasing or decreasing by adding or subtracting a constant term to the previous term of the series.

The series of All-natural numbers are in AP as we are adding 1(constant) to write the next term.

The series of All even & odd numbers are in AP having the same common difference as 2.

How to find that any series is an Arithmetic Progression?

Quantities in AP are always increasing or decreasing by a constant term also know as common difference denoted by “d”.

So in the first series, we can find that the difference between consecutive term is constant i.e. +2.

Similarly, in the second series, the common difference is constant i.e. +2. 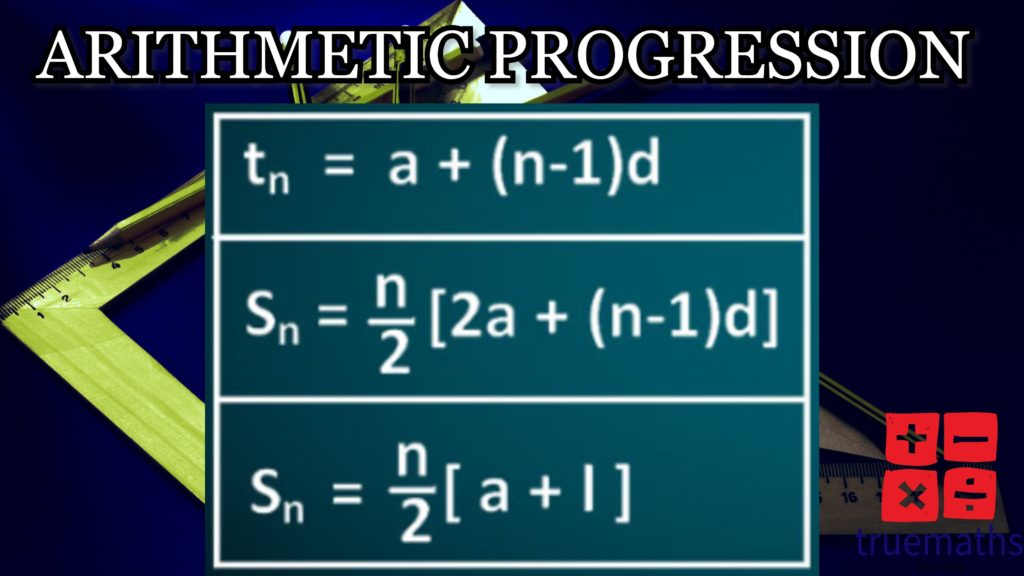 What is the formula to find the nth term of an AP?

an = general term in the sequence.

a = the first in the sequence.

d = the common difference between any two consecutive terms.

some times, you will notice another formula. But both are same.

The remaining values are the same as in the first formula.

Let us solve this question.

What is the formula for the sum of n terms-Arithmetic Progression?:-

In the last example let us consider another situation. Rahul wants to buy a cricket bat whose cost price is Rs. 3250. So obviously he will have to start saving his pocket money. So if we want to find after how many weeks will Rahul be able to save Rs. 3250 so that he can buy this bat. In the last situation, we already have an AP and in this situation, we have to find the sum of Rahul’s pocket money for some n weeks to find when he will be able to save that much money.

So in this situation, we want to add up the numbers in the sequence, To simplify this we use a formula that will help us to find the sum easily.

We can also write this as

let us solve this question.

If a series ends after sone terms, and there are a limited number of terms in the series then it is known as Finite Arithmetic Progression.

If the series doesn’t end and there are an infinite number of terms within the series then it’s referred to as Infinite Arithmetic Progression.

(Doted points means this series is continued till infinity)

If the numbers in a series are in an increasing manner. It suggests that consecutive term is bigger than the previous term.

If the numbers in a series are in a decreasing manner. It suggests that consecutive term is smaller than the previous term.

Property of an Arithmetic Progression:-

If a, b, c are in AP, b is the mid-term then b is the Arithmetic Mean for the series. AM can also found by the average of first and last term.

and b is called the arithmetic mean of a and c.

A collection of numbers arranged in a definite order according to some definite rule (rules) is named an Arithmetic Sequence.

The given series is a sequence:

In the above series, the difference between the numbers is equal i.e. 1000.